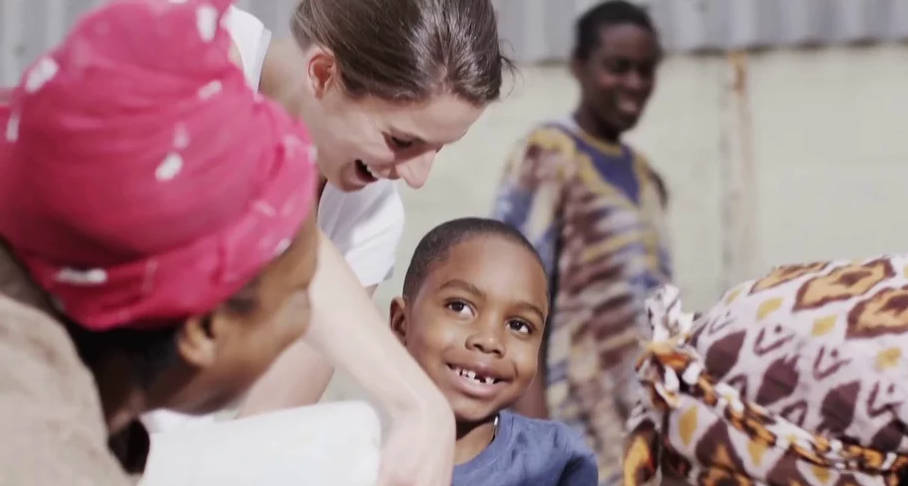 Imagine a world where purchasing power was centered firmly around notions of environmental protection, human rights, fair trade and community development. A world where brands competed with each other to attract the attention of consumers based on social and ethical platforms, and the top performing and most respected brands were not those with the largest marketing budgets to spend on dazzling ad campaigns, but those built on the foundations of sustainability, respect and social betterment.

It's possible to say that we are moving slowly in that direction because in the last few decades there has been a conscientious effort by numerous brands, including some of the bigger names to be more socially and ethically aware. This has been matched by a growing consciousness among the public around issues such as fair trade, environmental friendliness and corporate social responsibility. We now have a system where brands display their credentials on products and marketing materials so that buyers concerned about these issues can make more informed ethical purchases.

But there is still some ways to go. We are still rooted in an 'age of consumerism' where many companies produce irresponsibly, people buy wastefully, and not enough concern is given to the human and environmental costs of this system. There is still not the synergy between business and community that there could and should be. The US alone generates around 250 million tons of consumer waste per year. There are large corporations that still use sweatshop labor to produce goods, don't pay local producers a fair price or source products unethically and the majority of the public is unaware of the companies committing these offenses.

The fact of the matter is that consumerism drives economical prosperity for many regions around the world and as such is a necessary aspect of human evolution. The conversation should not be if we sacrifice consumerism but rather how we redefine it and perhaps improve it. So what can be done to encourage both people to be more thoughtful consumers and brands to be responsible producers for the benefit of human kind? How can we build a world where products, people and nature are in perfect in harmony?

Of course, there are many different aspects to consider here and nobody would be expecting drastic changes to be made overnight. When we talk of a company behaving more ethically or socially responsible, this can refer to animal rights, human rights, environmental impact or actions taken by organizations to improve or empower local communities.

From the organizational point of view, there is a British-based organization called the Ethical Consumer Research Association (ECRA), founded in 1989. They issue a regular not-for-profit magazine magazine called Ethical Consumer whose mission is to promote "a society where the environment is respected, where human rights are properly protected and where animals are no longer cruelly exploited".

In the United States, there is B Lab, a non-profit that runs www.bcorporation.net, a site that certifies companies that “meet the highest standards of verified, overall social and environmental performance, public transparency, and legal accountability”. Yes, the vast majority of these companies are small but large and multinational businesses are noticing as well. I’ve recently seen TV ads from BMW (Mini) and Stella Artois promoting their support for Feeding America and Water.org, respectively.

So how best to influence or educate people to be better consumers? As already mentioned, there have been some moves towards more ethical consumerism in recent years, no doubt influenced by the reports and findings of the ECRA and many others.

There is also evidence to suggest that as many as 90% of Americans are more likely to be loyal to brands that behave ethically. Such reports are extremely encouraging, especially given the advancement of the Fair Trade model and the growing popularity of community-minded start-ups and companies like The Giving Keys and many others that are using consumerism to solve social issues like homelessness, hunger, and poverty.

People seem to be naturally more supportive of brands that 'do good' and are at heart interested in seeing that people, animals and the environment get a fair deal and are not harmed through the production of goods. So perhaps incorporating social good consumerism into the fabric of our educational system could have both short and long term benefits along the entire production chain and for communities globally.

Although in the past it’s been an uphill struggle spreading those messages and embedding these ideas in people's minds, newer generations have wholeheartedly embraced it, especially millennials for whom more than 85% make purchase decisions based on the social corporate responsibility of a company. Moreover, the likes of ECRA, numerous non-profit organisations and authors such as Paul Hawken, Amory Lovins and Hunter Lovins who together published 'Natural Capitalism: creating the next industrial revolution' do great work but are fairly limited in their reach. The 'ethical consumerism' industry as a whole doesn't have the marketing budget size of large corporations which limits it from making the necessary impact in the overall scheme of things.

The social class-based dimension to this also needs to be acknowledged. In general, it's the more affluent who will shop ethically and read ECRA reports while those in poorer neighborhoods are naturally more concerned with making ends meet and getting a good return for their money.

This brings us to another idea which could help challenge the economic imbalances – incentivised schemes, where consumers are rewarded for shopping ethically. This is at the heart of what Miigle is doing with the M+ Products initiative, an online platform that serves as social marketplace where you can discover, share and shop products from socially responsible and eco-friendly brands around the world making a difference, whether it's by sustaining the environment, protecting animal rights and fighting against poverty, hunger and human abuse. Consumers should be educated, or better yet educate themselves, to understand that they have the power to influence how their favorite brands produce the goods they love, perhaps not individually but most certainly collectively. Although it seems to be a 'top-down' model, in reality it's a back-and-forth process of one continually influencing the other.

That said, one way of making it seem less 'top-down' is to encourage more local production or local involvement in production. This would have the effect of narrowing the gap between producers and their consumers and of 'localizing' businesses – embedding them more within their communities. It stands to reason that the behavior of businesses could be more responsible if they are stakeholders in their localities and could directly gain by investing in those areas.

There are various types of small businesses that work and thrive within their communities, such as family-run businesses, start-ups fixing local problems, community cooperatives, social enterprises and community investment companies. There was a danger not too long ago (and still is in certain industries) that smaller businesses would be pretty much wiped out by large multinationals and chain stores. However, there is a general sense that things might be starting to swing back in the opposite direction and there is now more encouragement for sustainably-run businesses by and for local people, as well as a burgeoning interest in alternative currencies and concepts such as Time Banking (which operates as an incentivized volunteering format that promotes neighborliness and cooperation).

In the absence of a consumer revolution that fully shifts its financial support to socially conscious companies, what can be done to encourage them to be more responsible producers? Should governments play a role in ensuring that regulations and standards are met? There are already measures in place in most developed countries to ensure protection of rights and standards, and many corporations have Corporate Social Responsibility policies around investing in communities, either in cash or in kind.

But there is always the danger of things such as tokenism, where corporations pledge to do social good but really is nothing more than a public relations stunt with little difference being made once the camera lights are turned off and the journalists have left. A company may put money into a community or a cause but how do they know what impact this has made if they do not stick around and effectively evaluate it?

There is also the problem of companies signing up to certain benefits and then outsourcing production to other parts of the world to avoid adhering to what they've signed up for. An example of this would be big name brands who continue to use 'sweatshop' labor for production as a means to maximize their profits.

Another popular method is finding suitable celebrities to back the ‘social good consumption’ movement. Celebrities have of course long been used by brands to favorably shape perception towards their products and there have been examples of celebrities supporting brands and products that promote social causes. Vice versa, some celebrities have lent their popularity to put pressure on companies who behaved poorly. However, getting influential names on your side is not as easy as it probably seems; unless of course you have the money or the social networks to access them.

Ultimately it's a case of using that old 'bottom up' model, empowering the people - not only consumers but also workers in need of human rights guarantees and the beneficiaries of a safe and sustainable environment – and arming them with the skills and knowledge to make the changes that are needed, in terms of making positive decisions as consumers, getting involved and localizing production and in campaigning for change at the level of larger organizations. It's not an easy challenge within the current system where economic and social power is monopolized by a small percentage of businesses, but it's a change that has begun and is slowly gaining pace. As more and more people come to realize that current ways of living are unsustainable in the long-term, it may not be too long before we reach a 'tipping point', one that inspires all of us to contribute to a world where products, people and nature are truly in perfect harmony, well as perfect as humanly possible.