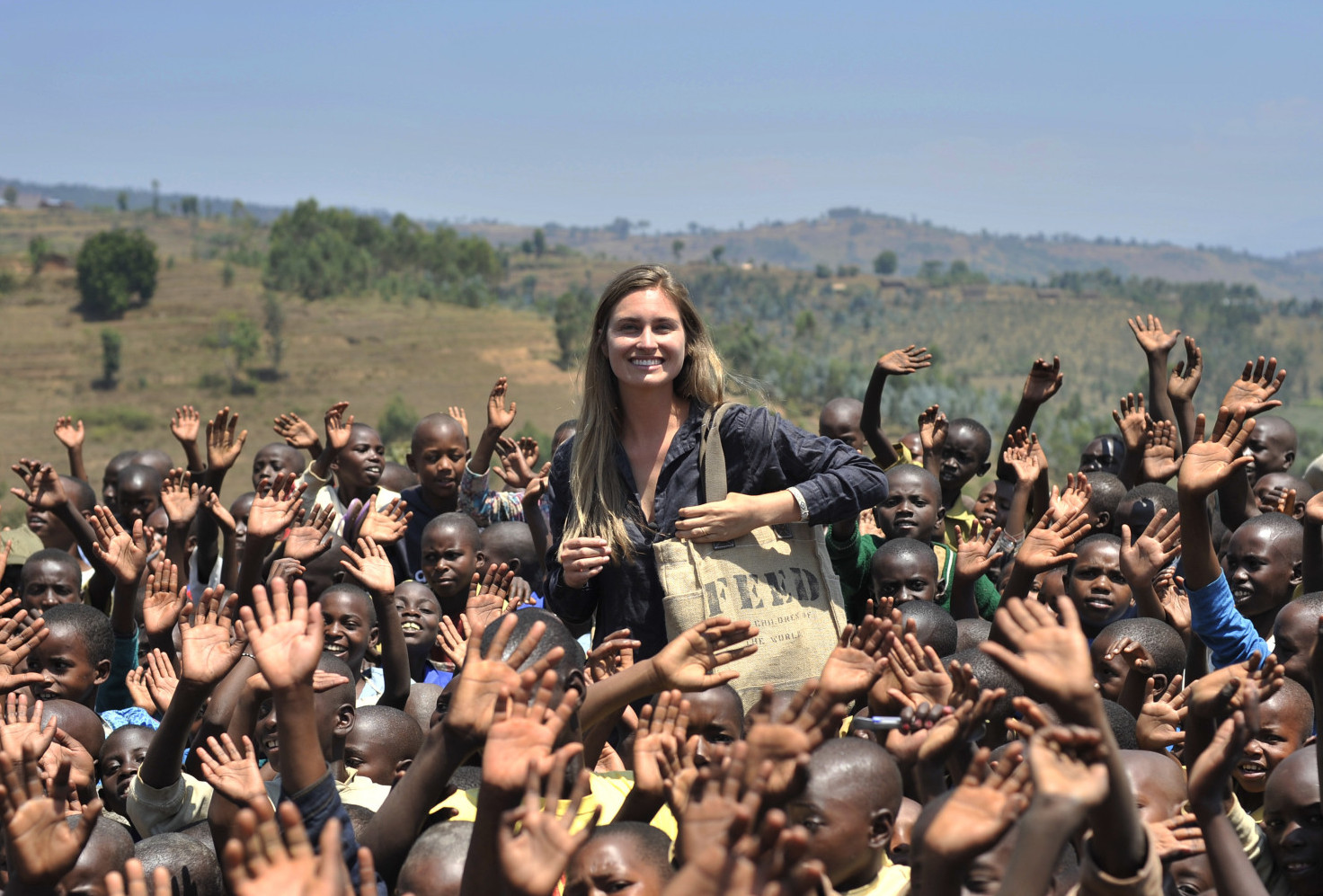 With nearly 800 million people worldwide going hungry on a daily basis, tackling the problem is not an easy task. But it's something that [miigle_brand id="676"]FEED[/miigle_brand] has been getting stuck into over the past decade. This socially-minded business raises money for hungry and malnourished children, both in its home country the US and overseas through the UN World Food Program, through the sale of its products.

FEED Projects describes itself as an “impact driven lifestyle brand”. It is one of a number of socially conscious cause-related startups to emerge in the 21st century, tapping into the “conscious consumerism” of millennials to make a change in the world as well as a financial profit.

The company was founded in 2007 by businessperson and sustainable food activist Ellen Gustafson and Lauren Bush. Lauren, who is the granddaughter of late 41st President of the US George Bush Sr. and the niece of fashion designer Ralph Lauren. It was inspired by Lauren's trips to poor parts of the world during her time as a UN World Food Ambassador while studying at Princeton University.

Following this first-hand exposure to some of the world's most severe hunger problems, Lauren combined her interests in fashion and design with a desire to do something to tackle the issue. She designed a burlap bag to sell to raise money for the UN World Food Program (WFP). This bag – the FEED 1 bag – raised enough money for 185 school meals in impoverished regions with each purchase.

“The first FEED bag feeds one child in school for one year. We started selling that in 2007” explains Lauren. “Amazon purchased the first order of 500 bags and set up this whole boutique page that told the story and the mission of FEED... we've grown organically from there.”

Today, FEED Projects is a fully registered independent business that sells a range of bags (including totes, backpacks and duffel bags), accessories (such as necklaces, tassels and zip pouches) and home goods (such as candles, wine bags and coffee bags). Between 5-10% of the proceeds go to the WFP, Unicef and Feeding America to provide school meals as well as support nutrition programs for children across the world. This is done through the company's not-for-profit arm, the FEED Foundation.

Part of the FEED ethos is that modern-day brands are better placed than charities to solve some of the world's most pressing problems. This is largely down to today's consumers being more ethically and socially conscious, looking more towards companies to effect change rather than politicians or traditional institutions. Brands such as FEED offer people with shared values the chance to make meaningful purchases.

“My hunch was that young people would really want to purchase something in a meaningful and tangible way. That's why I thought FEED could be an accessible, solution-oriented conduit to do so” Lauren says. She adds that FEED customers are “not just buying our products, they're supporting our cause, and doing something important, and are part of our FEED movement.”

One of the great things about the FEED products is that they each contain a visible indicator of the difference being made. Every item has a number printed on it that tells its owner how many school meals will be provided thanks to the purchase. The brand's website also keeps track of how many overall meals have been provided to date. They recently surpassed the 100 million mark (the current exact figure is 103,321,365). When customers can see brand missions and objectives backed up with hard data, they are more likely to continue to support.

From WFP fundraiser to over 100 million school meals in 63 different countries including the US, FEED has come a long way in a relatively short period of time. The company now employs around 10 staff and in 2017 opened its first bricks-and-mortar shop and cafe in Brooklyn, New York. The brand has also set up an additional fundraising initiative, the FEED Supper, where supporters are encouraged to host dinner parties where guests make donations towards the Feeding America program to help feed over 40 million people across the US who experience daily food poverty.

“What FEED does is give individuals a way to participate in very big, overwhelming world issues in a way that's fun, creative, accessible and easy,” says Lauren.

World hunger is indeed a big issue. The UN aims to end hunger by 2030 as one of its current Sustainable Development Goals. Brands such as FEED play an important role in meeting these targets.